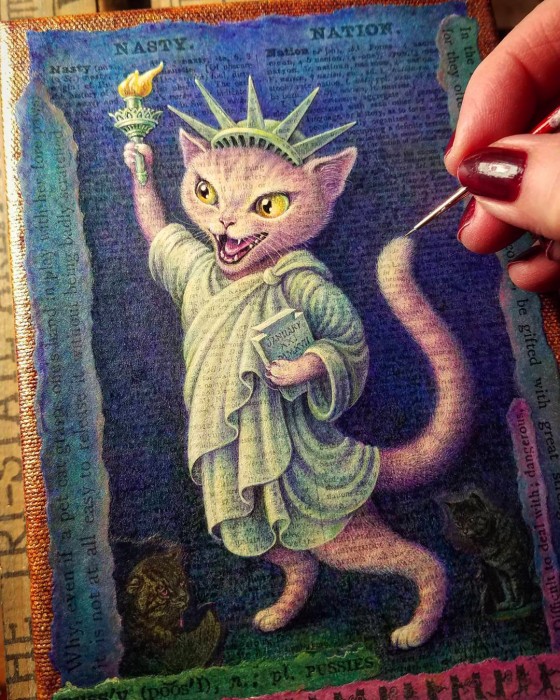 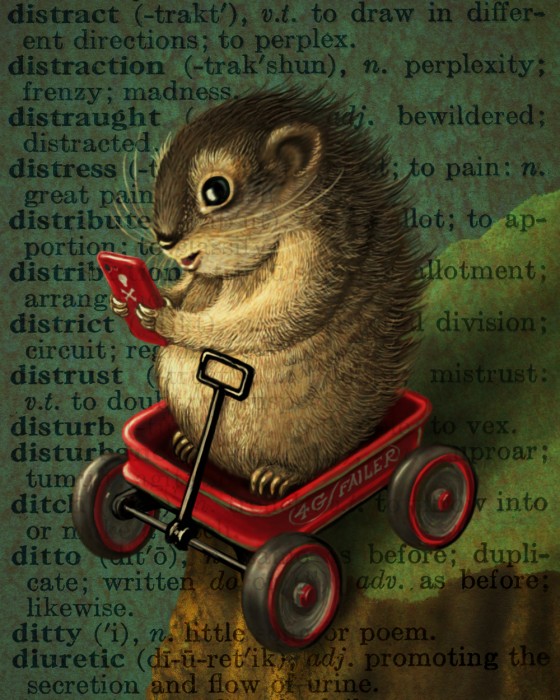 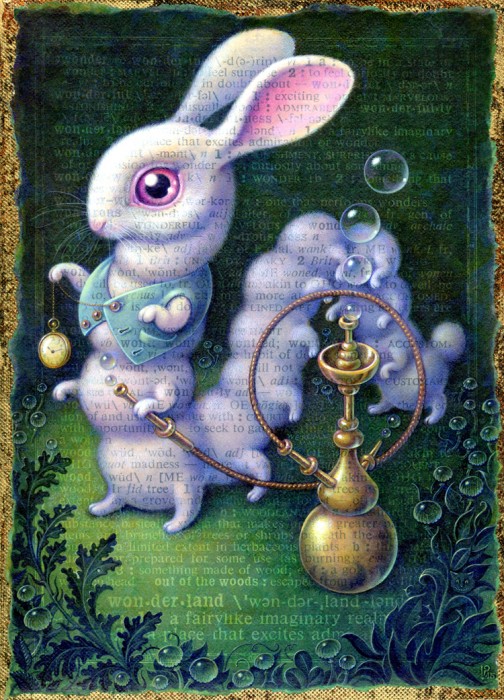 I thought I’d posted this painting when I finished it last summer, but it appears I never did! I’m glad Illustration Friday’s topic this week was “smoke” because it made me think of this hookah “smoking” white rabbit/caterpillar chimera. Alice’s Adventures in Wonderland is one of my all-time favorite books, so much so that “Curiouser & curiouser!” is the motto I’ve painted on my studio door. 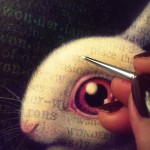 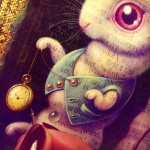 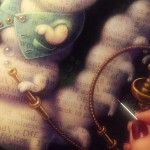 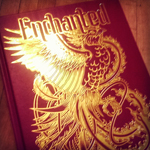 p.s. Above are a few in-process shots from my Instagram account. The last photo shows the cover of Enchanted, published by Out of Step Books, which includes this painting as part of a large collection of folk, fairy tale & Wonderland illustrations (& tattoo art!) 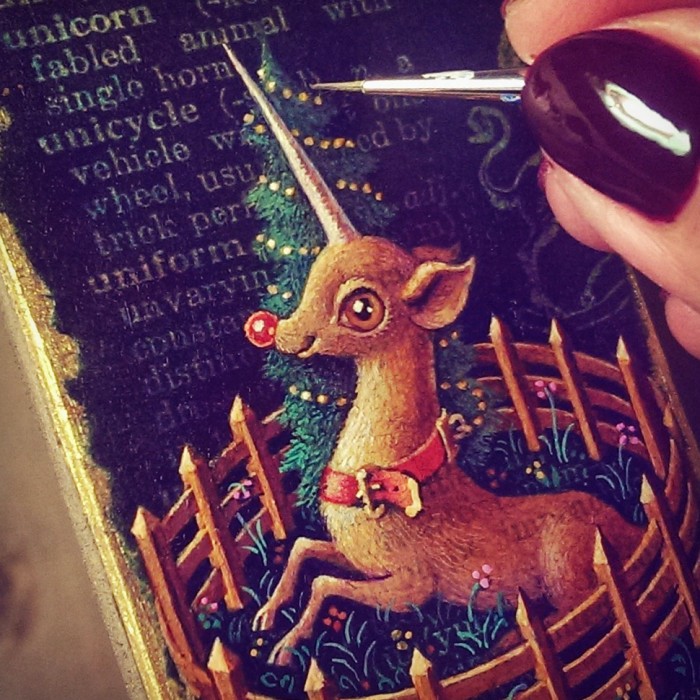 This little oddment began as a sketch for Illustration Friday’s “Unicorn” prompt, turned into an ornament given as a gift, & now it’s a greeting for you all: wishing you a holiday season full of rare & unexpected delights! 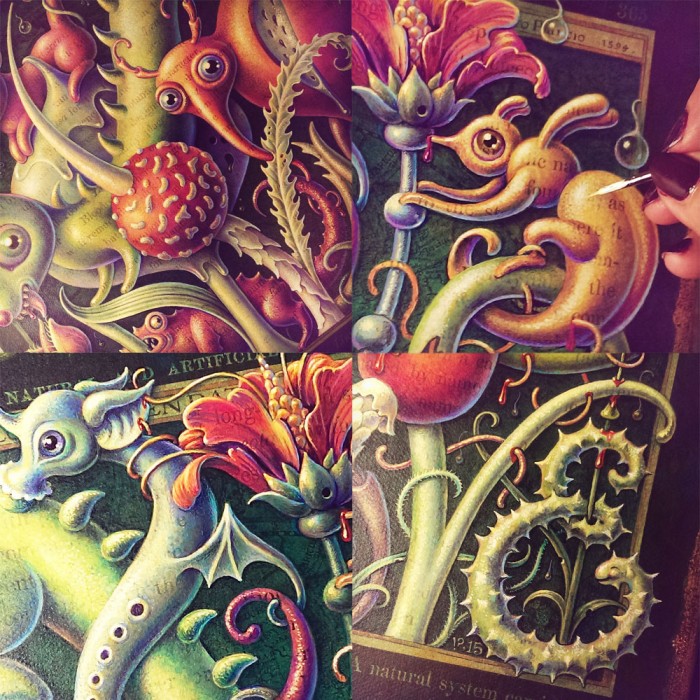 It just so happens that the painting I’m working on is full of pointy elements, so once again I feel like Illustration Friday is reading my mind with their latest prompt! It won’t be long before I’ll be able to post the entire painting, but for now here are some process shots, gathered from Instagram. 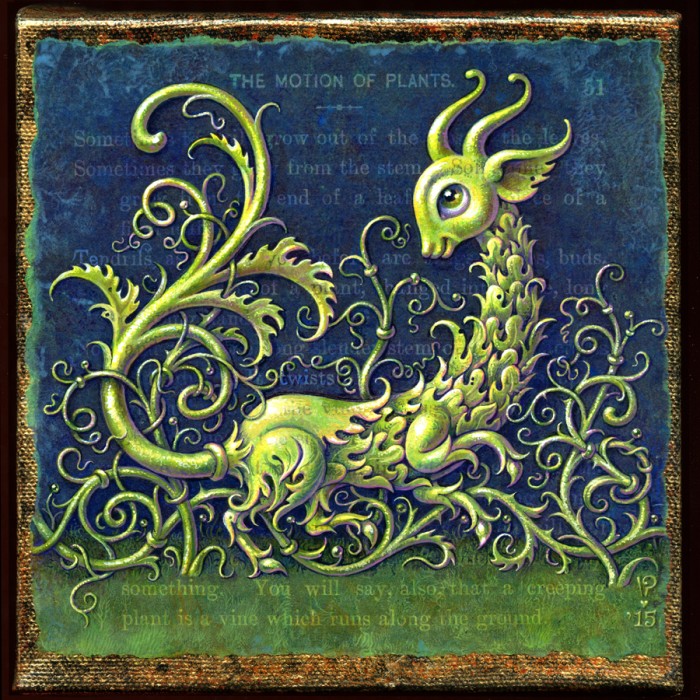 I was planning to post this image for Illustration Friday’s prompt “Ruckus” because the word immediately made me think of Festus & Mercury: Ruckus in the Garden by Sven Nordqvist, one of our family’s favorite children’s books. If you’ve never encountered this book, please get hold of a copy immediately! It’s a quirky, hilarious tale of an old farmer & his mischievous cat & their mad adventures in gardening.

This painting, of course, is a different sort of ruckus, inspired by my well-established love for tendrils.

I didn’t finish quite in time to post for “Ruckus,” but luckily it sort of works for “Outside” too!

The text comes from this delightful old book, a flea market find: 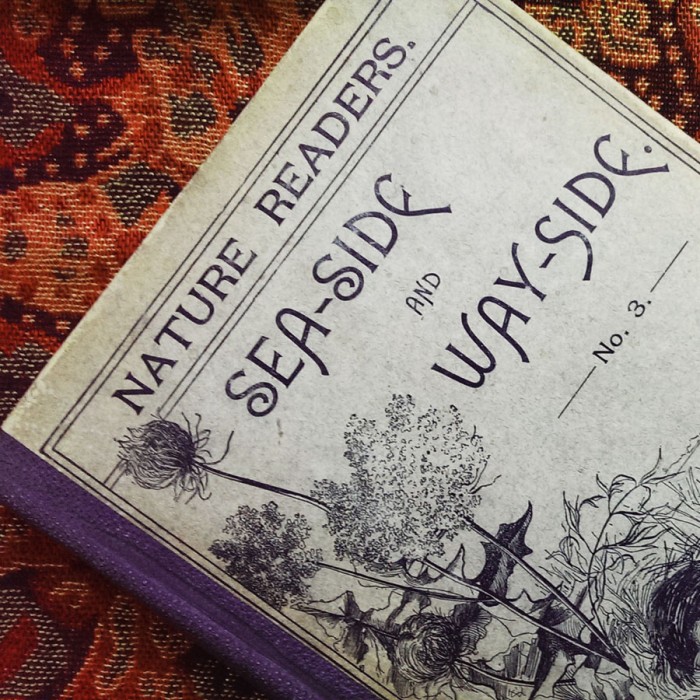 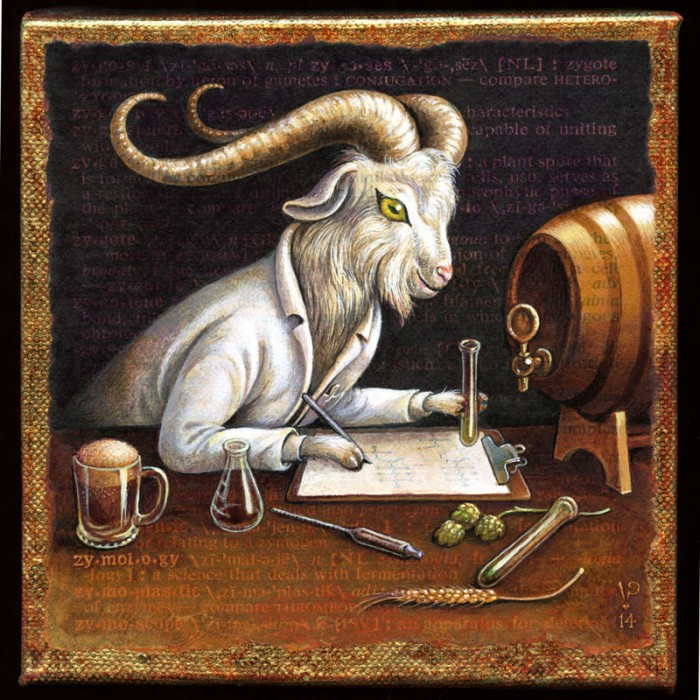 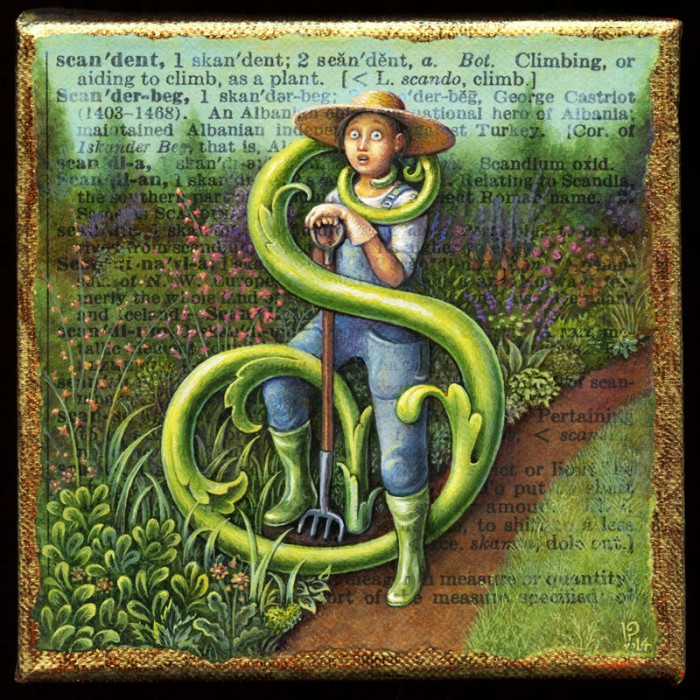 Gardening is one of my favorite activities, but inevitably there comes a time each year when I start to feel like this. It seems one minute I’m blithely puttering along, & the next, absolutely gobsmacked by the rampant growth of our North Carolina Summers. No matter how I try, I can’t keep up, so I just do what I can & hope for the best. Even a ramshackle, overgrown garden is better than no garden!

I read quite a lot of gardening books, but I don’t recall coming across this word before. The moment I saw it on Anu’s list I knew just what to paint! And “S” is such a wonderful letter– it’s graceful & decorative even in its simplest form, & very amenable to play & elaboration, whether calligraphic or illustrative.

If you’d like to see this painting & its print offshoots growing in their Etsy habitat, I welcome you to a garden tour! {Original SOLD} 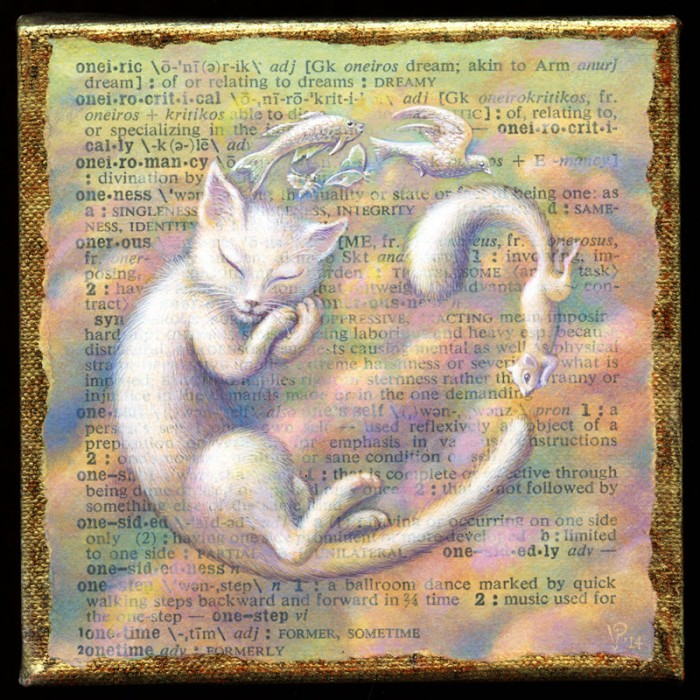 Illustrating words for Anu Garg’s brilliant site A.Word.A.Day is a dream gig for me. I’d been a devoted fan for many years before I began this project, & he always chooses such wonderfully evocative words for me to tackle!

If you’ve been around for the last few years of AWAD art, you probably know that I wouldn’t dream of doing a week’s worth of illustrations without including at least one cat. The word “oneiric” instantly made me think of a sleepy white kitty floating blissfully in the clouds, accompanied by some favorite… friends, shall we say?  It’s a peaceable kingdom in the sky! Round & round & round they go, conveniently assuming the shape of a letter “O.”

And of course they have drifted into my Etsy shop… come say hello! {Original SOLD} 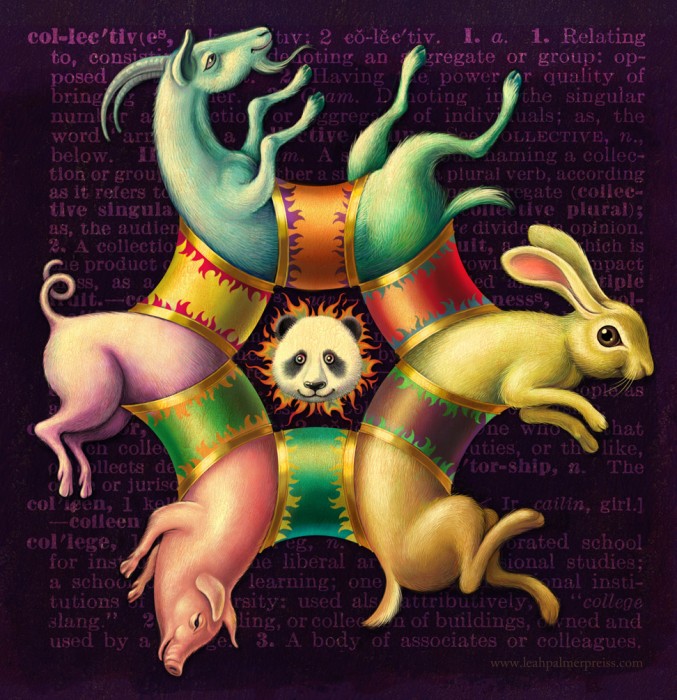