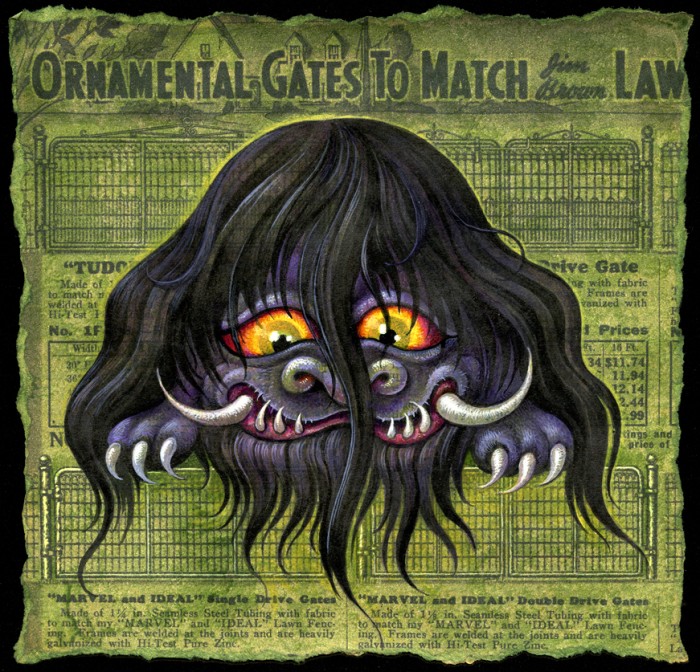 Lately I get the feeling that Illustration Friday has been making up topics just for me! I love painting creatures of all sorts. I’m actually working on a new piece that fits the topic AND the last, but until that’s done, I’m offering Otoroshi, as previously posted in my Oddments blog (which is chock-full o’ creatures, by the way):

“This week’s entry for AlphaBeasts is Otoroshi, an exceptionally hairy, tusk-bearing, gate-guarding monster. Normally he hangs out on temple gates, but this time he’s gracing a Marvel-ous wire number from Jim Brown’s Catalogue, 1939.” 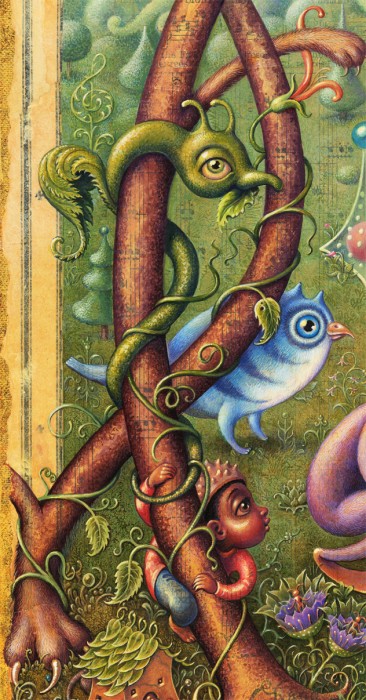 “Entangled” is definitely my kind of word. I’ve always been irresistibly drawn to tendrils & coils & knots, anything twisty & intertwined. Dreaming is crammed with such things, as are many of my paintings. 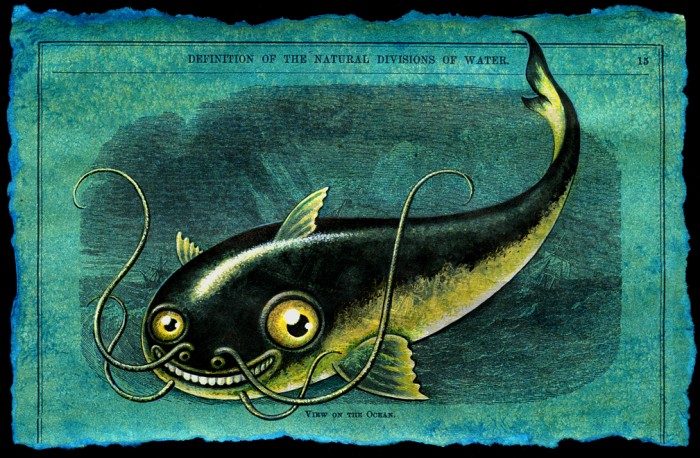 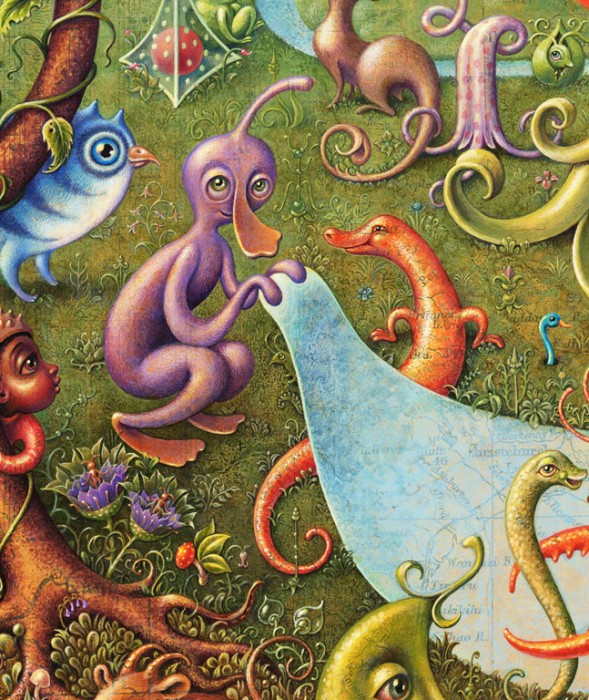 I know this probably isn’t what IF meant by “Underwater,” but I couldn’t resist! This gallant fellow is another denizen of Dreaming, enjoying a day by the shore with a few of his friends. Acrylic on collaged maps & music on canvas.

This little guy is a commissioned 3-inch Dunny (actually more like 2.75 inches in real measurement). I was lucky enough to have a free brief, so I made several different sketches & the client chose this concept. The text on his back is from an old dictionary, & includes the chemical formula for synthetic ultramarine. The little trident is made of polymer clay and a “stick” jewelry finding I picked up at the flea market. I rolled gold leaf onto the green polymer clay before cutting the fork, & painted the back of the brass handle with diluted green paint so that the metal resisted it a bit. I thought it was quite interesting how similar the two textures turned out in the end. That’s why I love Nature’s chaos!