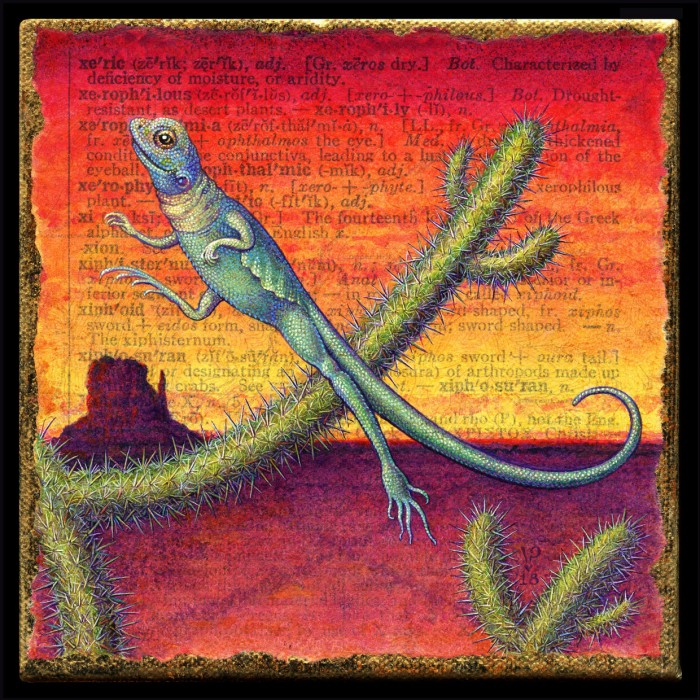 Thursday’s word for A.Word.A.Day is “xeric.” I was born in Texas, so I had no trouble envisioning cacti & lizards, but to get them to form the letter X, I needed an acrobatic member of the lizard family. Luckily the collared lizard fulfilled that requirement with elan. The cactus is (very loosely) based on the xique-xique of Brazil. I doubt the two species ever share the same natural habitat, but I never claimed to be a realist!

Painting all those little scales & spines wasn’t quick or easy, but it put me into a sort of trance-like state. I imagine trekking across the desert would be a similarly ponderous & meditative experience. Unless of course you’re a collared lizard! 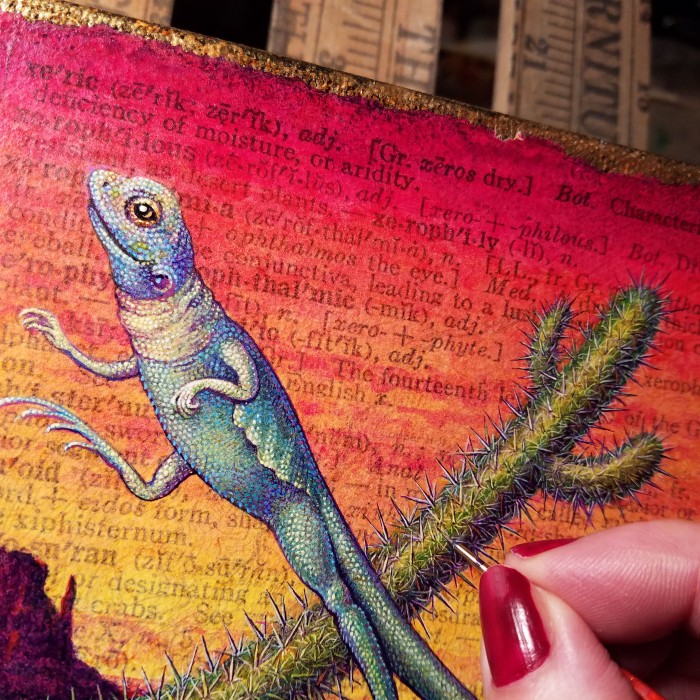 This painting is now on display at GreenHill NC as part of their Winter Show through 18 January 2019.  Prints are now up in my Etsy shop! 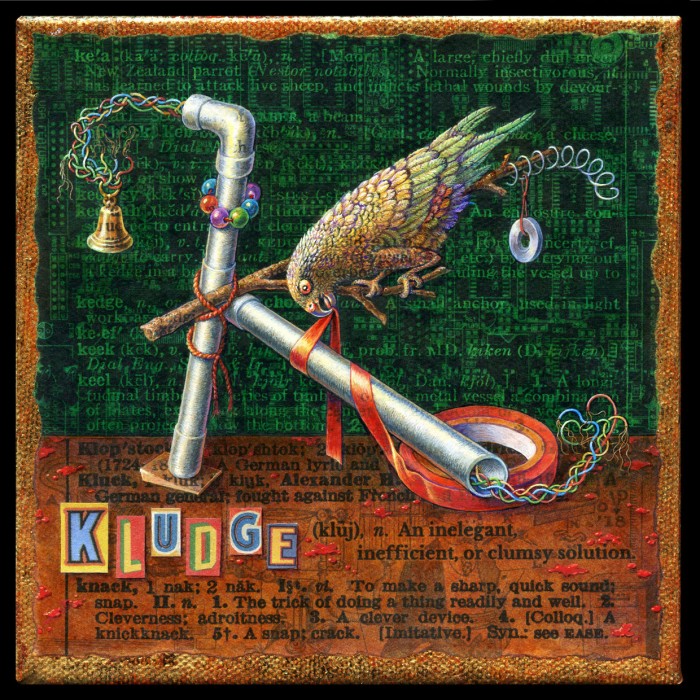 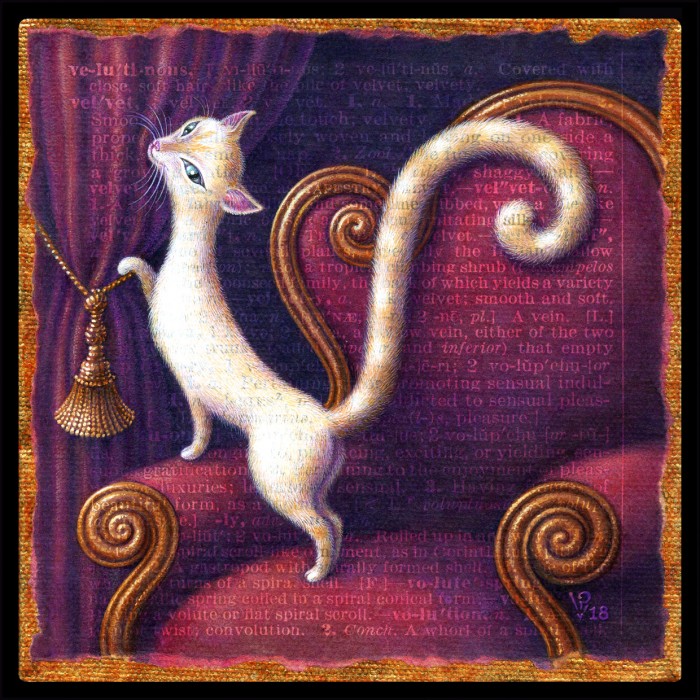 It’s showtime! Welcome to another week of illustrated words for A.Word.A.Day. As always, Anu offered me a wonderfully diverse & evocative selection of words, beginning this year with “velutinous.”

This one appealed to me instantly, as I’ve always loved the luxurious texture of velvet, & I immediately thought of cats with their velvety fur & their natural affinity for claiming the most voluptuous spot in the house. Not to mention their convenient ability to pose in an elegant V shape, complete with volute tail! (Yes, all those lovely V words appear in the background text of this painting, scanned from one of my antique dictionaries.) I threw in a few volute accents on the Victorian armchair in the background, just for extra visual rhythms & because I’m a maximalist by nature.

The original painting & prints thereof are available in my Etsy shop, Curious Art Lab. I’ll be adding more A.Word.A.Day paintings there as they appear this week, & you can also find past A.Word.A.Day words here.