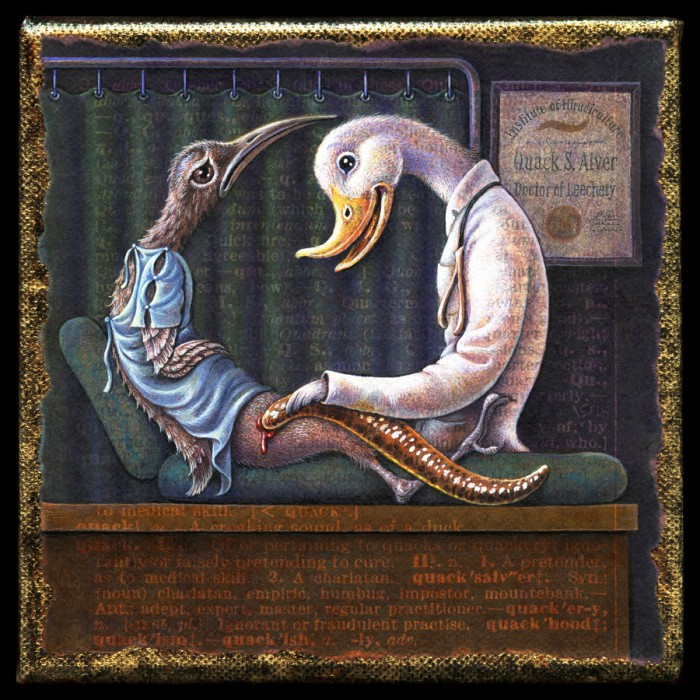 Today’s A.Word.A.Day painting is Quacksalver, a variant of the more familiar quack. This particular duck doctor is administering a terrifyingly large leech to his very unhappy patient. His office wall bears a dubious diploma from the Institute of Hirudiculture, conferring a degree in leechery. Three troubling vocabulary words for the price of one! 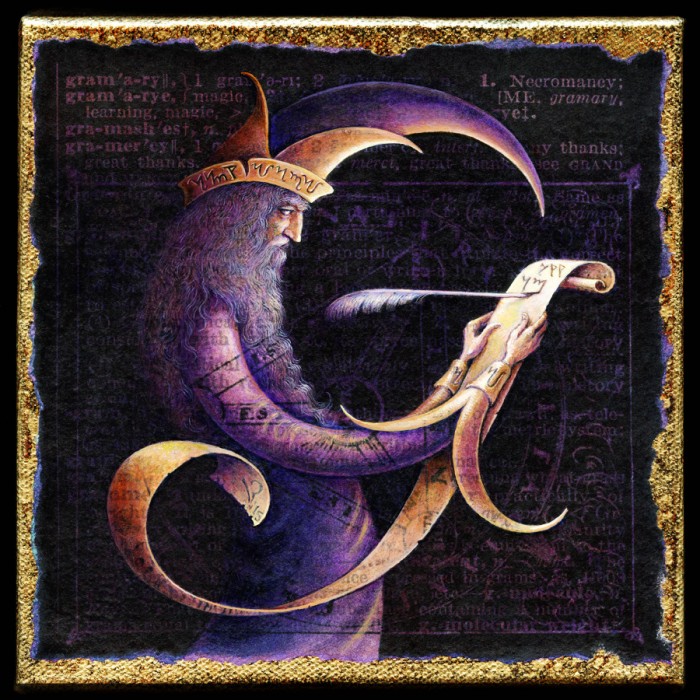